As part of the new episode of the US-China trade wars, Donald Trump said he wants to set tariffs for all devices from China, including the iPhone, which, being “American” in spirit, is still produced in China. According to Trump, an additional tax in the United States on all equipment from China can range from 10% to 25%.

To the direct question of whether the new tariffs will affect the iPhone, Trump responded “quite possibly.” The only caveat – in the case of Apple technology, the duty can be not 25, but 10%. However, there is no clarity here. The purpose of the introduction of new taxes – the transfer of production from China to the United States or other countries. Anyway, it promises nothing good.

While it is difficult to guess how this initiative trump will affect prices on the iPhone around the world. Most likely, the company will equalize them by distributing the load evenly across all countries. If Apple translates production in the United States, where the cost of labor is much higher than in China, then the rise in prices is also unavoidable. Apple is unlikely to give up the highest margin on the market.

And it might be interesting: Siri confused photo of Donald Trump and offended the president)

If you ask a voice assistant Siri using an iPhone, how old Donald Trump is (in English), then instead of a photo of the president, he will show a very offensive picture. 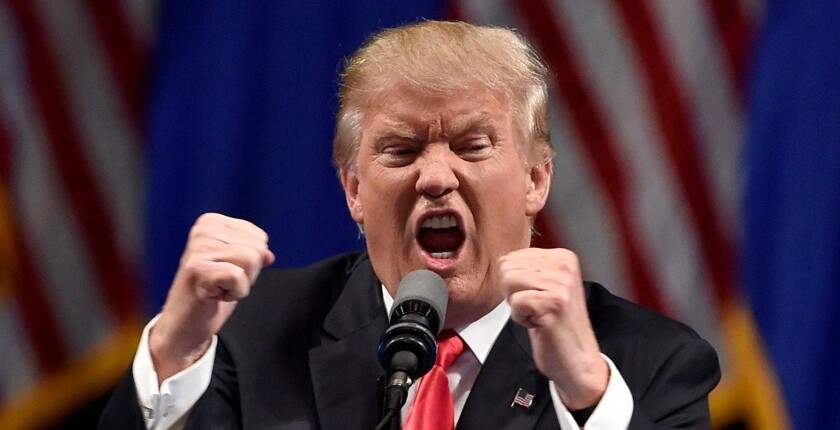 It turned out that one of the Wikipedia users edited a page about Trump, replacing the picture that Siri uses to illustrate the answers. Thousands of Americans have already tested it for themselves.

The offensive picture can be seen as an illustration on the left. Photo: The Verge

At the moment, the cyber vandal is already “caught” and blocked , and on the Trump page you can see the results of the “ edit  war”. The substitution of the photograph of the President of the United States was probably made “in honor of” Thanksgiving Day, which is celebrated in the country today.

“This is crazy”: the clinic, university and colleagues disown the Chinese professor of genetics
Introduced wireless charging chip that fits in any device.
Comment