InSight spacecraft landed on the surface of Mars. The process was complex and tense for NASA employees, but everything went in a regular mode – the first signals from the probe were received on Earth.

The whole process took about 6 minutes. During this time, the device entered the atmosphere of Mars at an angle of 12 degrees at high speed. According to estimates by NASA engineers, at this moment the InSight case warmed up to 1000 degrees Celsius. Before landing, the Insight dropped the protective panels, and the parachute and engines helped slow down before landing.

Incredibly, in five minutes the first shot was taken, taken by the new “Martian”: 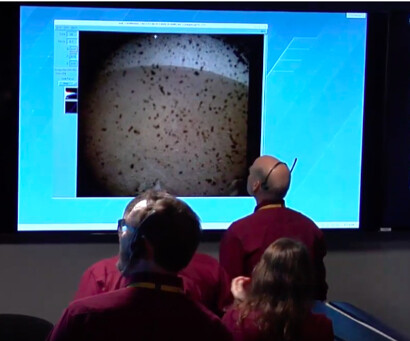 The main task of the new probe is to study the internal structure of the planet. This is the first device that will study in-depth study of the crust, mantle and core of Mars. InSight uses modern tools to dive under the surface of Mars and search for traces of the processes of planet formation. 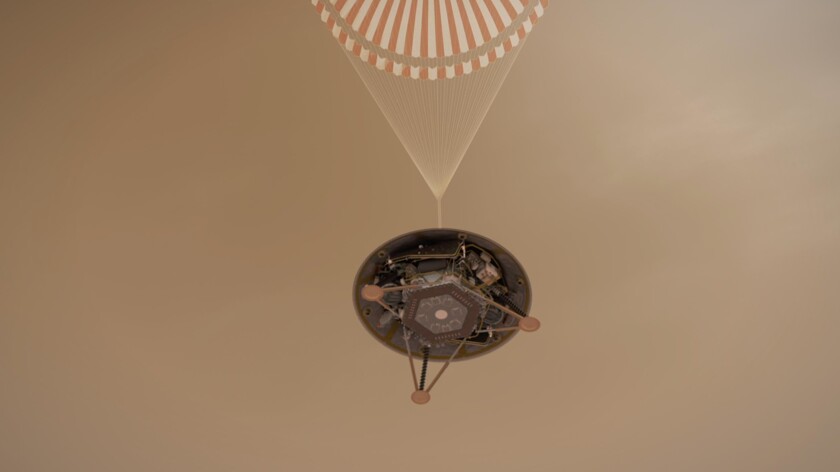 The goal of the InSight mission is to find out how rocky structures form and form a planet. The mission was divided into two tasks – to study the internal heat fluxes and seismic activity of the planet. 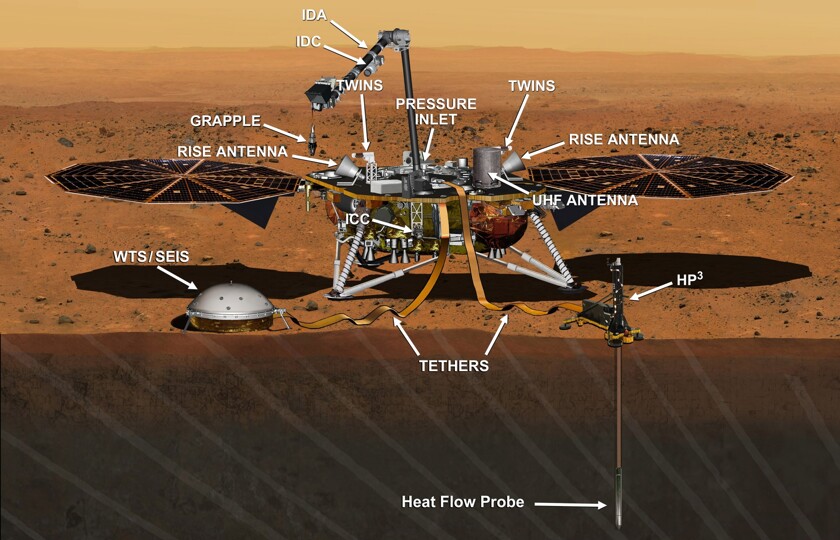 The design of the device InSight, (mars.nasa.gov)

To solve the first problem, the probe will drill five meters deep wells and begin to monitor the temperature of the planet. This will help scientists obtain data on heat flow from the depths of Mars. Another device on the surface of the planet will install a new seismograph, which works better than its predecessors. The device will track the waves from the collisions of Mars with meteorites – this will provide information about the boundaries between the layers of the core, the mantle and the crust of the planet.

Scientists from NASA believe that Mars is an ideal laboratory for studying the origin and evolution of the terrestrial planets. In previous missions, the rovers studied the history of the surface, canyons, volcanoes, rocks and soil. However, the traces of each stage of the formation of Mars can be investigated only by analyzing the internal structure of the planet.

The InSight spacecraft was sent to Mars on May 5, 2018, along with it launched two experimental mini-spacecraft Mars Cube One and MarCo, the size of a small briefcase. Their goal is to transmit data to Earth that the probe entered the atmosphere of Mars and sat on the surface. Testing this technology should help in future missions.

The photographs that hit the network depict a Martian terrain called the Neelee furrow — a collection of moats that run along the boundaries of tectonic faults. This area is a kind of boundary between two clearly different Martian hemispheres and emphasizes the phenomenon of “hemispheric dichotomy”. 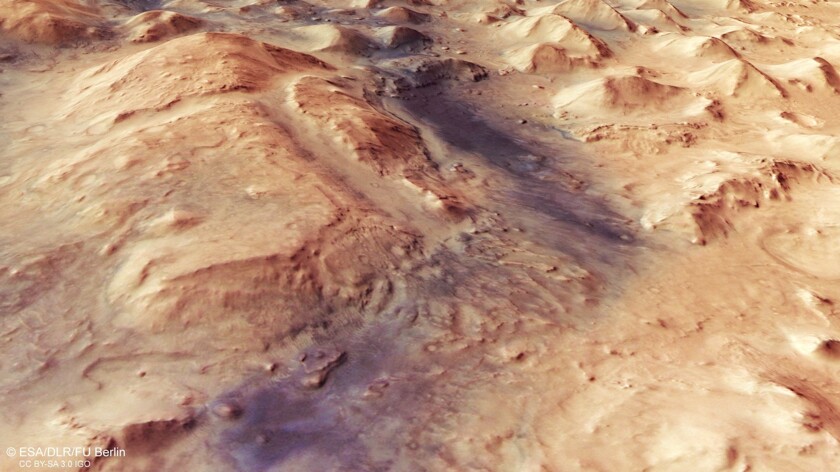 The northern regions of the Red Planet are relatively smooth, and there are very few craters on them. And the opposite hemisphere has a very uneven relief and a lot of volcanic and meteorite craters. Furrow Neely distinguishes these two unlike parts of Mars.

Experts of the European Space Agency believe that the formation of such a border between the hemispheres was caused by the movement of powerful streams of water over the surface of the planet. In addition, the appearance of the Nili furrow was also strongly influenced by air currents and ice. 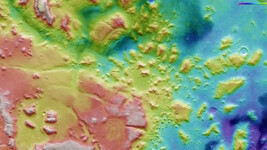 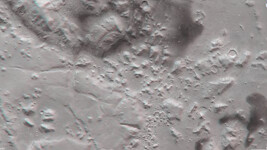 From left to right: photo: ESA Mars Express, topography and 3D model of this area