The device, codenamed “Beyond 2” (aka Galaxy S10 Plus), received 325076 points on tests. This is the highest score among all Android devices. The closest competitors of Huawei Mate 20 , Mate 20 Pro and Mate 20X received a little more than 300 thousand points on AnTuTu. 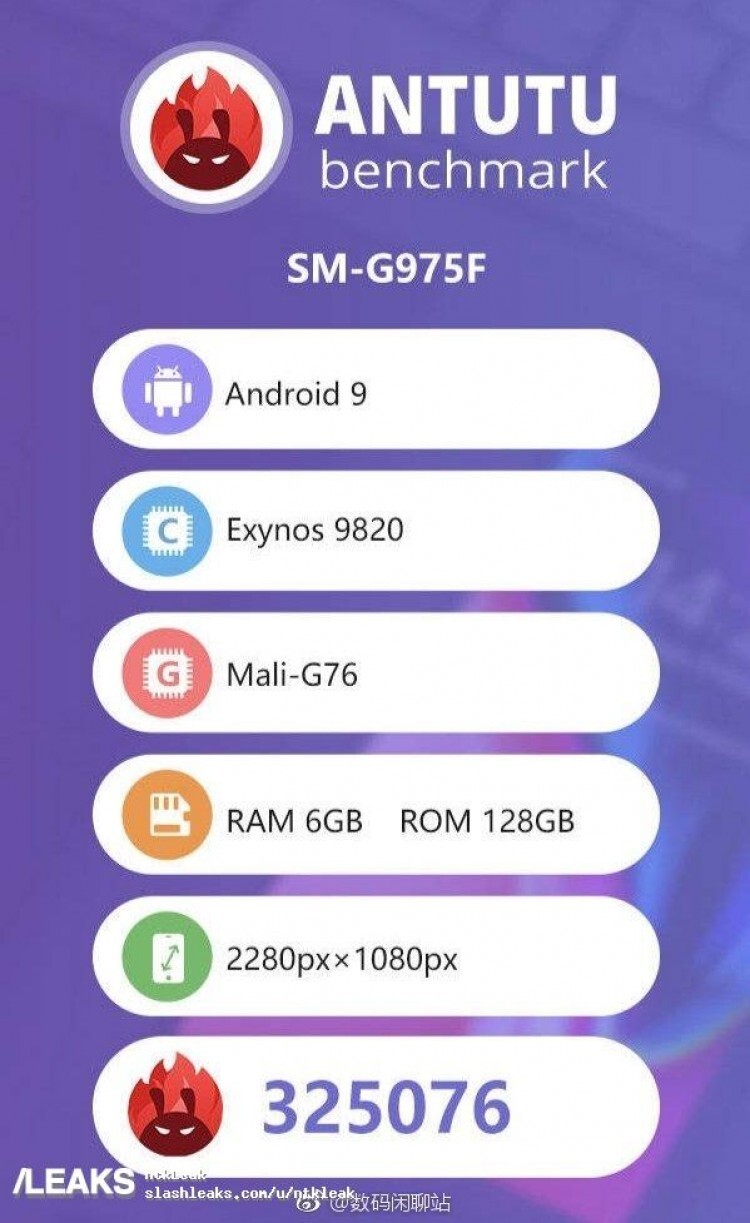 It is expected that the S10 Plus will receive a triple main camera and a curved display at the edges with a hole for the selfie camera (so it is likely to be single). Recent rumors have confirmed the presence of a 5G version of the Galaxy S10, which is expected to be released in March 2019 with a higher price tag. Prices for ordinary S10 smartphones will start at $ 750.

Introduced wireless charging chip that fits in any device.
OnePlus will release the flagship with McLaren
Comment