In the good old days, watches with a calculator were popular, remember these? A new device has recently appeared – Synthwatch, which is the world’s first wristwatch with an integrated synthesizer. In order to play the tunes, the device is equipped with seven keys that can be configured through a companion app for iOS and Android. The software allows you to control the recording, access the sequencer and use a bank of 200 sounds. However, the device can be used without a smartphone. 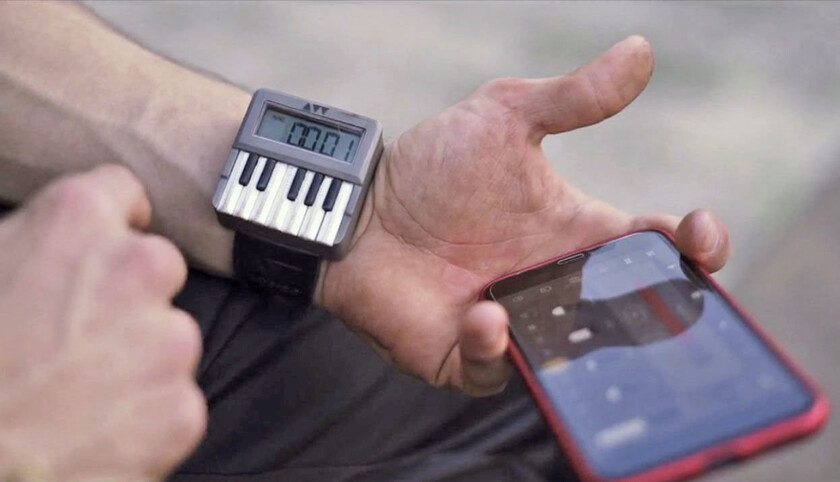 For now, the clock plays only one sound at a time, but the developers plan to introduce polyphony into Synthwatch, as well as importing sounds and exporting the original melodies created. However, the device is a little more “smart” watches, which inevitably limits the performance. Synthwatch is charged via USB-C, and the included cable also has a 3.5 mm jack for connecting to an amplifier or speakers.

The cost of the gadget is 450 euros. Delivery of the first orders is scheduled for April 2019. It remains only to make sure that the watch will be able to collect $ 86,537 by January 1 at the Kickstarter financing company. It should also be said that the price for such a rather meaningless toy is tall.